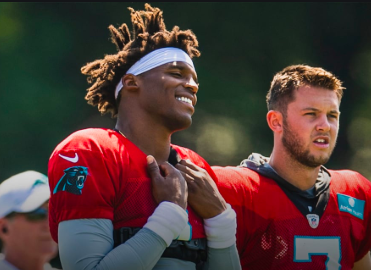 “I have nothing to add,” Rivera then said. “… I don’t know who’s talking. But we’re not talking. I know that much.”

It’s still possible that his ailing foot will force him to injured reserve, which would officially end what has been a lost season for the former MVP. But with his team in the thick of the wildcard hunt at 5-3, Newton might prefer to wait things out in hopes of eventually being cleared. Rivera reiterated he had nothing to add when asked if he and the franchise QB spoke Monday morning.