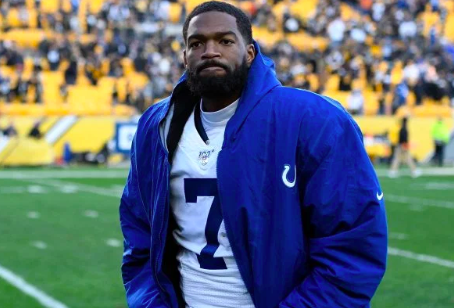 Starting quarterback Jacoby Brissett suffered a left MCL sprain in Sunday’s 26-24 loss to the Pittsburgh Steelers, Colts coach Frank Reich told reporters Monday on a conference call. But Indy is “optimistic” that Brissett can play on Sunday against the Miami Dolphins.

“I was a little encouraged, but we’ll just see how it goes,” Reich said, per The Athletic’s Stephen Holder.

The diagnosis does not come as a surprise, as the Colts suspected following Sunday’s game that Brissett’s knee injury was minor.

Brissett went down in the second quarter after guard Quenton Nelson was pushed into the QB’s leg. He never returned to the proceedings, ceding control of the offense to veteran journeyman Brian Hoyer, who finished 17-of-26 for 168 yards, three touchdowns and a pick-six.

The 5-3 Colts need not rush Brissett back if he’s not feeling 100 percent, even though they trail Houston by a half-game in the AFC South. Coming off its first win in eight attempts, Miami should not pose a serious threat to Indy in Lucas Oil Stadium regardless of who is under center.

Brissett’s injury is a setback for the 26-year-old quarterback who was progressing in his first year as an anointed starter. Brissett has a 64.8 completion percentage, a 14-3 TD-to-INT ratio and 1,649 passing yards through eight starts.