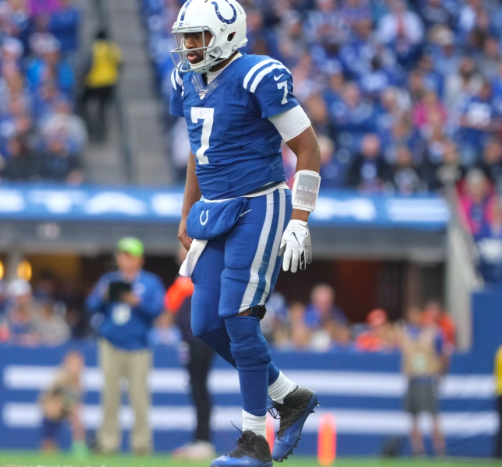 Brissett went down early in the second quarter after a short incompletion on first-and-goal from the 12-yard-line. The Colts QB jogged to the sideline and was checked by trainers on the sideline.

Guard Quenton Nelson was pushed back into the quarterback and stepped right on Brissett’s left leg. The QB went down in obvious pain but was able to make his way to the sideline without assistance before ultimately going into the blue medical tent. Brissett never returned to the game.

Colts coach Frank Reich told reporters after the loss that he believes Brissett’s injury is a sprain and possibly “MCL-ish”, per The Indianapolis Star.

The best in the league, according to @rackkwall83. 👀 (via @ATCoveredPod)

Giving back to communities near & far. This week, Robert and Dan Kraft were on site for the unveiling of the Kraft Family Sports Center in Jerusalem.

Taking it back to the future. Behind the scenes of our red jersey reveal shoot 🎥