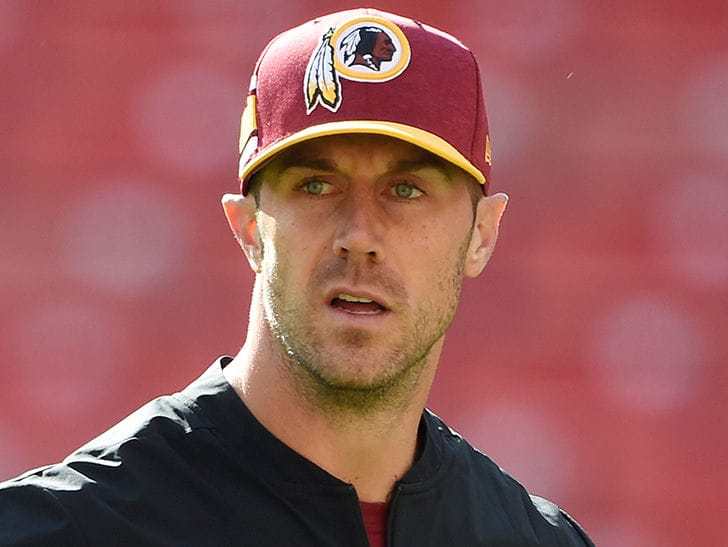 Washington Redskins quarterback Alex Smith unfortunately has more to deal with outside of his season-ending leg injury.

Smith is battling an infection related to the surgery he underwent to repair a broken fibula and tibia.

Rapoport emphasized it is premature to speculate over Smith’s playing career, adding the infection is being addressed with care by the doctors.

The Redskins later issued a statement on Twitter: “On behalf of Alex Smith, we appreciate all of the concerns and prayers over the injury he incurred on November 18th against the Houston Texans. Although this is a serious injury, Alex and his family remain strong. We would ask that everyone please honor the Smith family’s request for privacy at this time.”

Smith joined the Redskins during the offseason via trade with the Kansas City Chiefs and quickly settled in as the starting quarterback in Washington.

Before suffering the injury early in the third quarter in Week 11, Smith completed 205 of 308 passes for 2,180 yards and 10 touchdowns with five interceptions on the season and led the Redskins to a 6-3 record.

In Smith’s absence, the Redskins are winless and lost backup quarterback Colt McCoy to a season-ending fractured fibula in Week 13. Washington enters Week 14 at 6-6 with a pair of journeymen quarterbacks in Mark Sanchez and Josh Johnson on the roster.