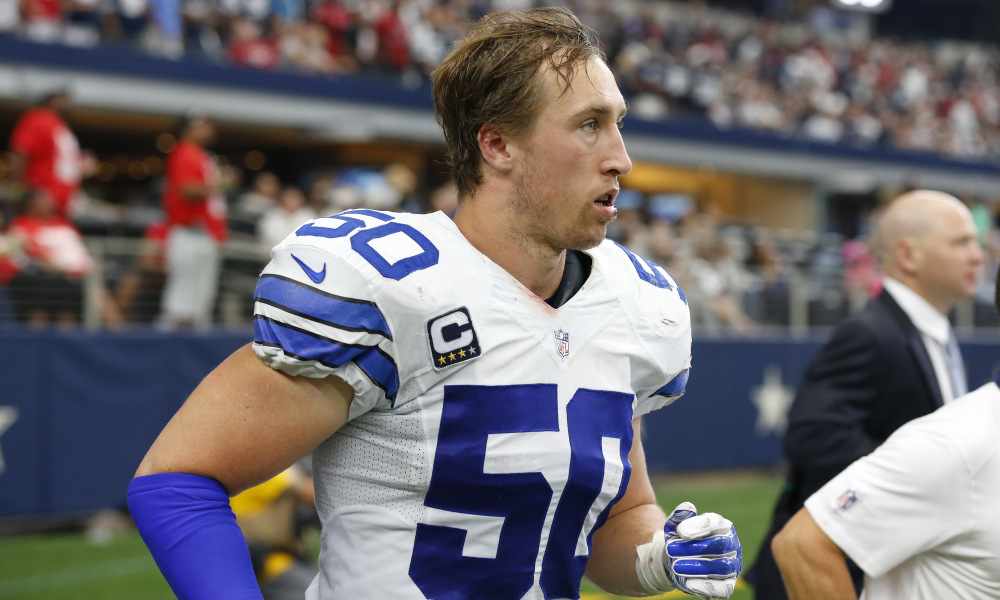 The Dallas Cowboys couldn’t really send the hottest defensive rookie to the bench, could they?

Since entering the starting lineup, Leighton Vander Esch has been a hog-tying cyborg, corralling tackles by the herd. For the season, LVE has tallied 102 tackles, tied for fourth most in NFL. His 77 solo takedowns places third.

The studly rookie has speed to go from sideline to sideline and seems to never miss a tackle in space.

Vander Esch has also been a wonder in pass coverage. Last week, LVE held dynamic Saints duo of Alvin Kamara and Mark Ingram to five receptions for 2.8 yards per target, zero scores and a 79.2 passer rating.

After watching Vander Esch solidify the second level of a very good Cowboys defense, the presumption was that the rookie would Wally Pipp ever-injured Sean Lee.

That assumption is apparently false.

Owner Jerry Jones told 105.3 The Fan on Tuesday that when Lee is healthy, the linebacker will get his starting job back. Jones noted that Lee’s tutoring is one main reason that LVE has developed so much over the past month.

“He’s improving,” Jones said of the rookie, via the Dallas Morning News. “But Sean Lee, make no mistake about it, when he’s right, there’s nobody better. He’s such an integral part of adjusting on the field and making the big play.

Jones fondness for long-time Cowboys is well known, so we shouldn’t expect to hear anything different from the owner. He noted that with Lee, Vander Esch and Jaylon Smith, the Cowboys have an overflow of talent when they’re all healthy.

“And then you look at what we’ve got in Smith, you just have to have those guys out there on the field. It’s a great problem to have,” he said.

In previous seasons when Lee went down, the Cowboys’ defense cratered. Now it’s thriving with LVE, et al. The best news for Dallas is that the Cowboys don’t need to rush Lee back to the field. It also means that when he does return, the Dallas defense can limit Lee’s snaps to try to keep him healthy for a potential playoff run.