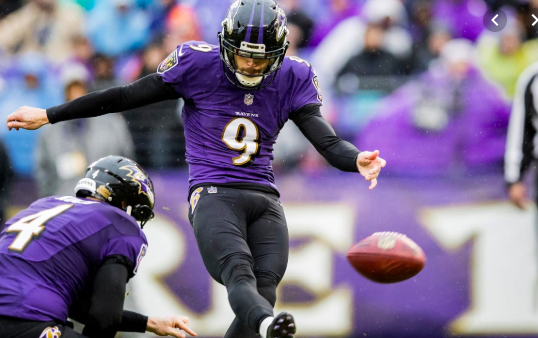 When asked Friday if Justin Tucker was the best kicker in the game today, Belichick wondered in return if Baltimore’s Mr. Accuracy wasn’t the best of all-time.

“He’s the best kicker in the history of the league, right? I mean, yeah,” Belichick said

Tucker certainly has the resume to back up such a compliment. He’s a three-time All-Pro, a two-time Pro Bowler and a one-time Super Bowl champ. Through seven-plus seasons of booting the ball in the NFL, Tucker’s 90.7 field goal percentage is the greatest of all-time — just like he is apparently. In the extra-point category, Tucker is 261 of 262, stunningly having missed just one PAT in all these seasons of success.

#Raiders owner Mark Davis always swings big when it comes to coaching hires. This is a huge one. Josh McDaniels interviews on Saturday. Our story: nfl.com/news/raiders-p…

"I'm thrilled to be part of this organization and to be able to have the opportunity to lead this team." On this date in 2000, Robert Kraft introduced Bill Belichick as the head coach of the New England Patriots.