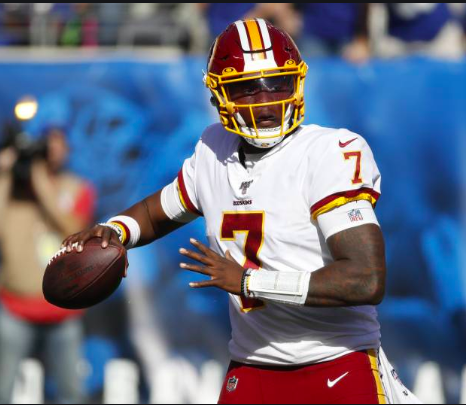 “We’ve seen him progress throughout the week, and I think that’s the big thing is his improvement from day to day from situation to situation, from drill to drill, you see nothing but a locked-in focus,” Callahan said. “We’re encouraged, we’re very encouraged.”

Veteran Colt McCoy will be the backup. Starter Case Keenum remains in concussion protocol after getting injured in the first half of last week’s loss to the Minnesota Vikings.

The #Bengals are signing former #Browns DL Larry Ogunjobi, source said, on a 1-year deal. More help on D for Cincy, as he stays in the division.

A new backup for the #Lions. twitter.com/MikeGarafolo/s…