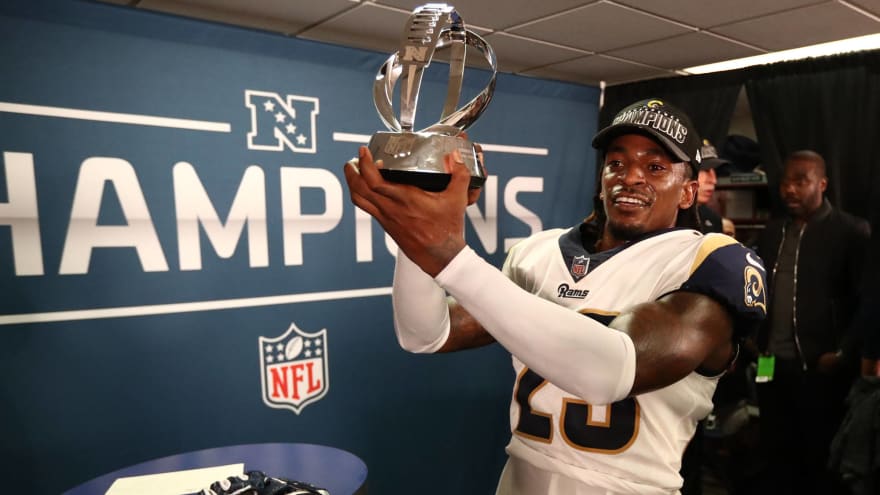 Rams cornerback Nickell Robey-Coleman‘s name has been in a lot of headlines over the last eight days because of his hit on Saints wide receiver Tommylee Lewis late in the NFC Championship Game and Robey-Coleman has responded to the lack of a penalty flag in a variety of ways.

Coleman will likely be asked about that play a few more times during this week’s media availabilities in Atlanta. He may also be asked about views on Patriots quarterback Tom Brady that he shared with Tyler Dunne of Bleacher Report.

Robey-Coleman said he sees ways to get to Brady “all over the place” and that the quarterback “will slowly start to reveal himself” if the Rams defense can stay connected. What will be revealed? Robey-Coleman faced Brady several times over four years with the Bills and thinks the current version is noticeably different.

“Yes. Yes. Age has definitely taken a toll. For him to still be doing it, that’s a great compliment for him. But I think that he’s definitely not the same quarterback he was,” Robey-Coleman said. “Movement. Speed. Velocity. Arm strength. He still can sling it, but he’s not slinging it as much. Whatever he was doing because of his age and all that he’s not doing as much of that anymore. He’s still doing the same things; he’s just not doing as much of it. And sometimes, it’s not the sharpest. But it still gets done.”

Brady’s enjoyed pushing back at any notion that he and the Patriots have lost a step and making the Super Bowl is a pretty compelling counterargument. We’ll find out Sunday if the Rams are able to move the needle in the other direction.

From @gmfb: After Everson Griffen went to the #Cowboys, the #Seahawks would still like to sign a veteran pass-rusher. Perhaps Clay Matthews or Jadeveon Clowney will generate some discussion.